What is the Galdrux? One answer is the Galdrux is a gateway into the infinite multiverse of mind. Galdruxians don’t distinguish between worlds of fiction and worlds of fact — everything imaginable is equally real in the larger mental multiverse. Therefore we can take inspiration from and open portals into any fictional world at will, just as we might take inspiration from a historical event or individual.
In that spirit, I should point out that the Cult of Galdrux strongly resembles a Chaos Cult from the World of Warhammer — particularly the cult known as the Menagerie, described thus:
"The Cult is a very real and powerful entity which seeks to undermine
the very nature of reality itself. Warp-dabblers and those interested
in forbidden lore are those most often to eventually fall into the
Menagerie’s ranks. The cult itself operates through secret plots,
conspiracies, and intrigues. Recruits are treated as an “audience”,
shown a vision of the true nature of the universe that normally drives
the viewer insane and claims their soul. However those that survive are
welcomed into the Cults ranks. The Cult is a collection of madmen,
schemers, and Sorcerers. They led by a sect known as the Revelators,
fanatical believers in their cause. Revelators seek to reveal what
they have seen, the “truth of the universe”, to greater humanity.
The Cult’s plans and workings remain obscure even to the few who
are aware of its existence. Though its plots may seem random and
sporadic, they are in reality part of a vast singular plan to undermine
reality. The Menagerie seeks to accomplish this by alerting the sanity
and perception of humanity to better encompass the “reality” of the
Warp, breaking down the barriers between the Materium and Immaterium."
This is a beautiful description of Galdruxians! For we too seek to undermine consensus reality and reveal terrifying truths about the universe; we too strive to break down barriers between the material and the immaterial; we too are a collection of madmen, schemers and sorcerers, forever sowing chaos by our secret plots, conspiracies, and intrigues. We too harness “the Warp” — which we call Chaos, or the Anticosm — in order to manifest our multiversal imaginations upon this plane.
As the barriers between real and imaginary worlds continue to erode, I look forward to the day when many Chaos Cults have invaded our plane and opened up shop on this planet. Furthermore, I declare myself the first member of the Menagerie in this ‘verse, and invite you to join me in bringing our mad revelations to an unsuspecting world! 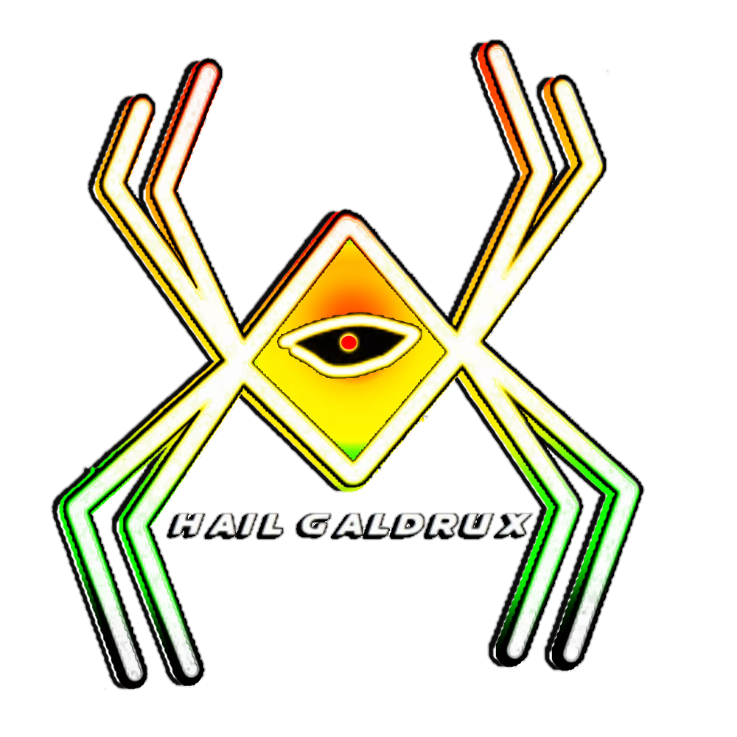